Having fun is what its all about, so this page is where we experiment with presenting pictures in different ways.

It arises from my post on Whitby Abbey which Mark wasn’t sure about and Helen said ‘Nooooooooo….’ which I think meant, ‘I find it visually offensive’.   On the other hand, Richard quite liked it though when he compared it to Black Sabbath, I wasn’t sure. Then he confirmed how he really felt by asking to see the original.

O.K. then……… lets set out the stall…….. I suppose we might call it ‘The Coconut Shy’…… and this will encourage you to throw your balls at it……..metaphorically speaking.

Firstly the boring old original …… actually even this is a crop, you didn’t really want to see acres of sky did you? 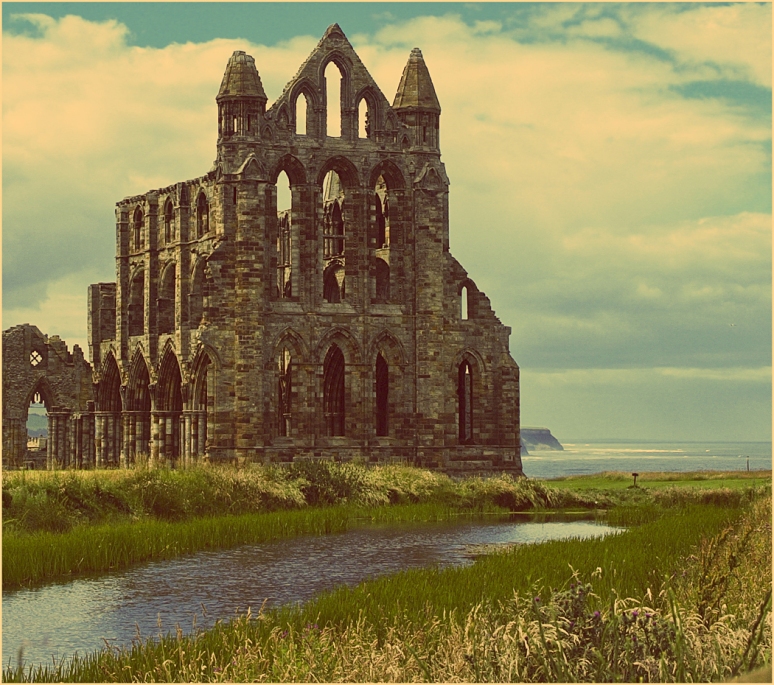 Next comes a filtered colour version that reminds me of an old postcard by Dixons. 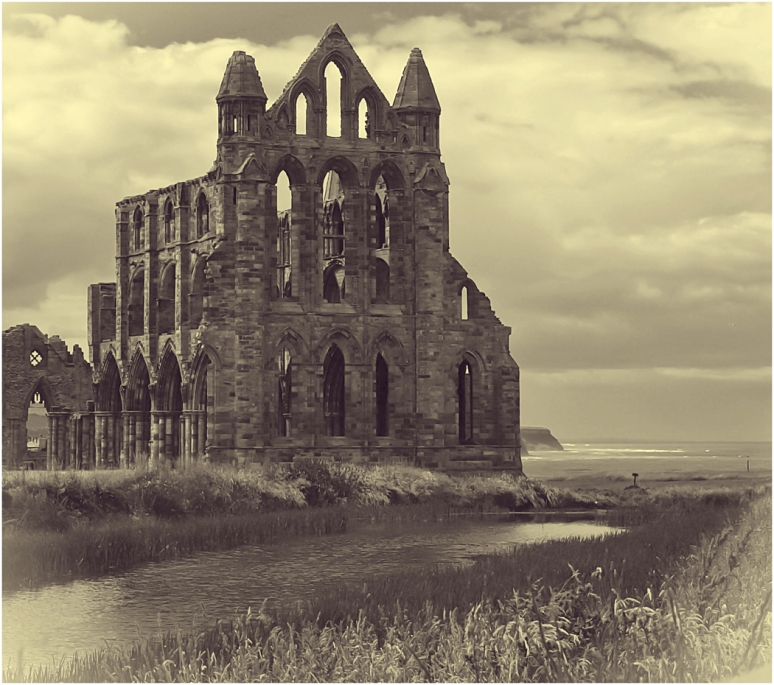 The next two are toned versions with very different contrast ratios. They were both produced using Pixlr-o-matic using a mono converted from the original colour version. This one has a softer contrast.

And this is a more traditional strong Sepia. 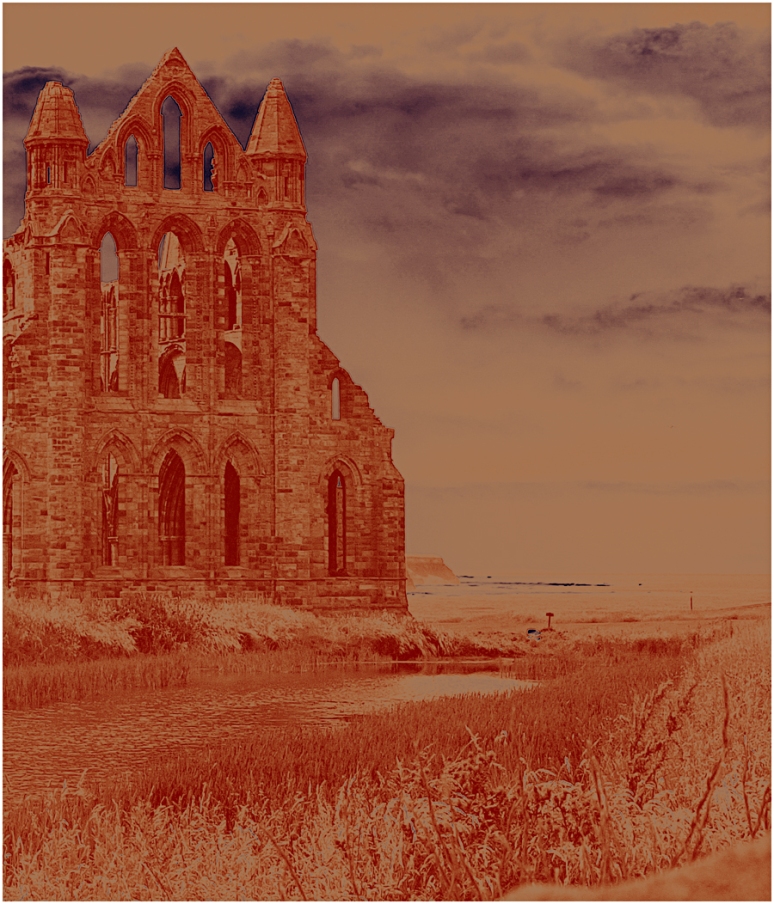 And finally the post that so offended Helen which was converted using Photoshop and about four separate layers and was a different crop from the later versions above.

Now its your turn……….. have your say………you can even copy my original and try out your own ideas on it.

WARNING……………. WARNING……….. Misappropriated photos ahead……. here are two versions of Whitby Abbey that Mark stole and had his evil way with……….. !

As you can see, Mark has chosen to dramatically increase the contrast which gives precedence to the grain and brings out the sky in these two and especially in the version on the right. I feel that this right hand picture has become quite heavy and I do prefer the sepia toned version on the left. Notice how Mark has introduced some light-toned vignetting around this view which helps to separate the dark and heavy wall on the left away from the edge of the frame and the whole image ‘floats’ much better in the frame. Both images have quite an antique feel to them and are redolent of the photogravure printing technique that was used to illustrate arty photographic books in the 1920s and 30s.

Of course, using pictures taken from the blog, you are not going to get optimum quality because the file size of images on here is quite small, but it does show that once we have taken our snap, there are many alternative ways of presenting them. If anyone else wishes to show what can be done with an image you are very welcome to give it a try. Finally I would like to thank Mark for his contribution and would heartily encourage you to go and visit his blog:   http://reflectionsofchina.wordpress.com/

As you will see, Mark lives and works in China and his pictures are supported by lots of fascinating information about the photos he publishes. Also, living a long way from home he welcomes visits by friends from around the world. Go visit him. Regards, John