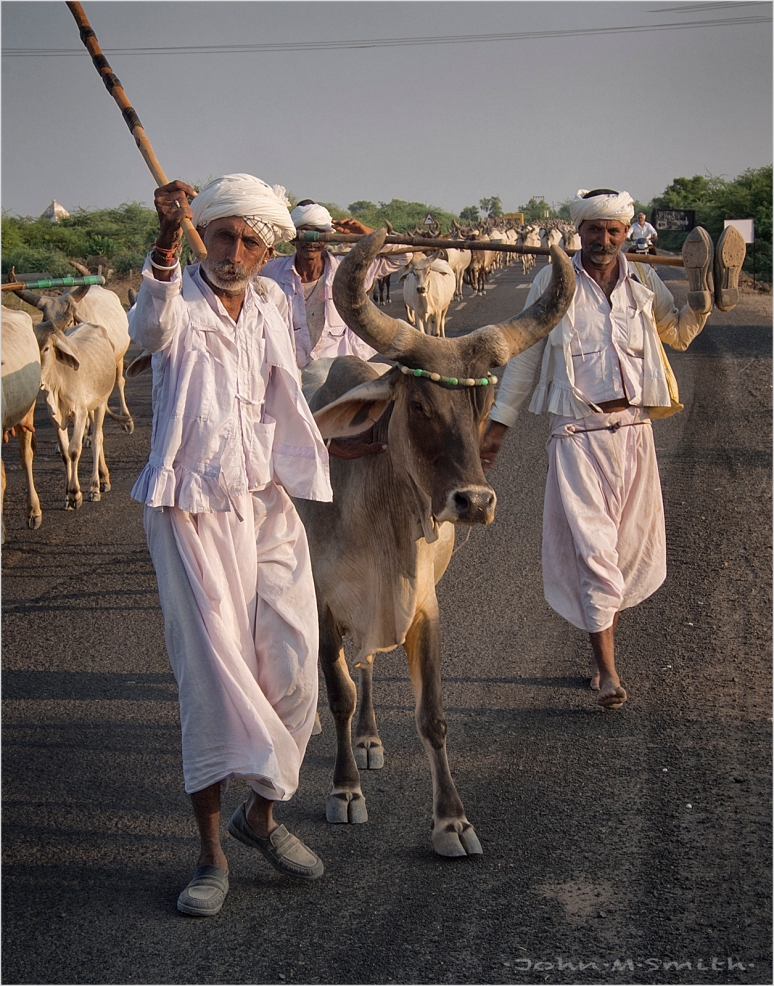 A small band of Rabari men escort their large herd back to the village from the pasture on the Kutch.

The Rabari people are semi nomadic and although many have now settled on the outskirts of villages in Gujarat and Rajasthan, they still take their herds considerable distances while following the rains to new pasture.

Our driver had stopped the jeep in order to talk to the man on the right, and later, we visited his home in the village of Vadgam.

I was slightly perturbed by the actions of the man on the left who initially seemed to be quite aggressive, but afterwards I realised that he was just playing to the gallery!

One thought on “Bringing home the Herd”