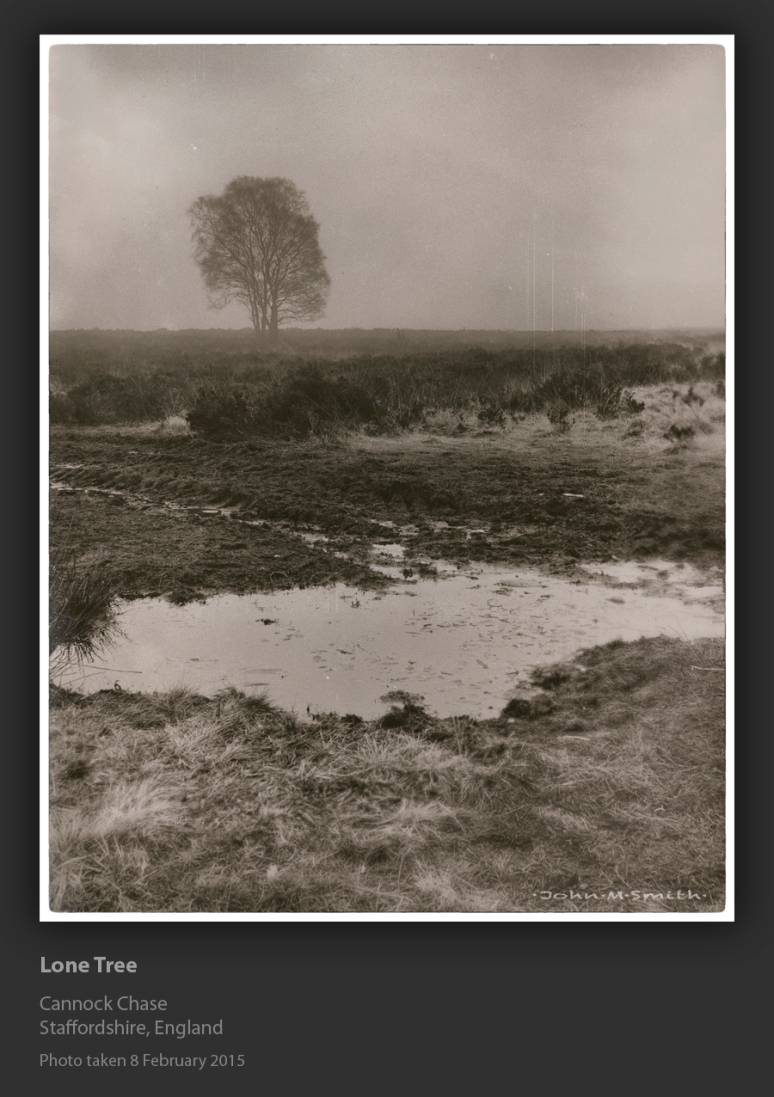 After I had prepared this picture it’s appearance stirred some memories.

Working in the dark room, I can remember that tinge of excitement as the door is closed. There’s the aroma of chemicals as the trays are prepared and then the wait while your eyes get used to the safelight. The enlarger is set up with the first negative strip and the image is sized and focussed and then stopped down. The test strip is cut and masked and then exposed in strips of light. The waiting for the image to appear in the tray as you rock the chemicals back and forth. The excitement grows as you determine what the correct exposure time should be from the test strip and then, at last you take a full sheet out of its box and set it up on the easel, doing a final focus check. The total wonder as you finally see the whole image gradually appear in the tray, being careful to allow the full exposure time as it always looks darker under the safelight. The paper is washed and placed into the fix tray. Only after it’s fully fixed can you then put on the overhead light, making sure that the precious box of photo paper is fully wrapped and placed in its box beforehand. There’s your photo. It probably needs some burning in or dodging out before you’re totally happy with the final image, so the process is repeated until you’re fully satisfied with the result.

When it’s completed there’s a huge sense of achievement. I miss all that.

It’s strange but this image is exactly the type of photo that I was taking in the early 60s on film. The feel of it speaks of isolation and loneliness. It’s a somewhat melancholy image. That’s what I love about black and white photography.