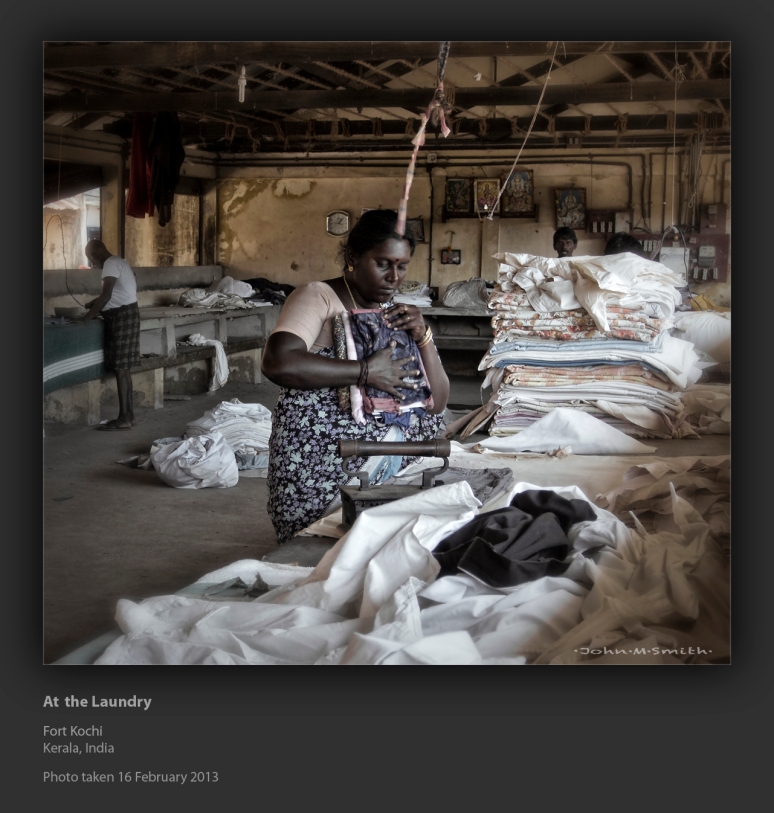 …….and the very next day after catching that train in Stafford I was wandering around a laundry in Fort Kochi, Kerala, still trying to cope with the change of temperature. Six degrees to 28 degrees……….. phew!

……and yes, you may ask what on earth was I doing in a laundry.

Hmm…. , well this very nice auto rickshaw driver called Najeeb had offered to take me “sight scene”, and I had responded, “not your usual tourist sites, but something unusual.” so we started at the laundry, and then a bike repair shop; a spice warehouse, and a jewellers, a fish market and a machine shop, as well as the Dutch Palace, the Shiva Temple and St Francis Church.That was a very long afternoon, but well worth the money at R700, or about £10 Stirling.

I can recommend the ‘Tuk Tuk Ferrari’ of Najeeb.

I have his mobile number if anyone wants it.

2 thoughts on “At the Laundry”