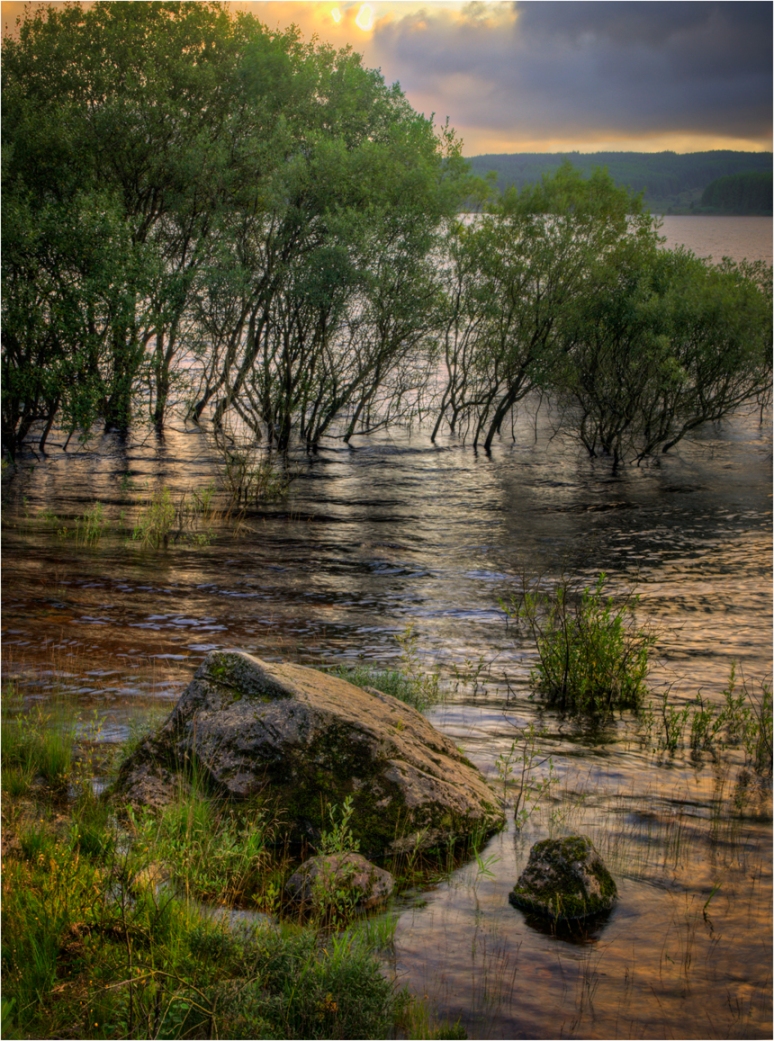 Another shot from a visit last Wednesday to Clatteringshaws Loch in the heart of the Galloway Forest. It will take a while before I stop making mistakes in photographing a series of exposures for an HDR image. In some of these shots I was using an aperture of F14 to enhance depth of field but of course the light was getting low with the result that the shutter speed was only 1/6th of a second at the normal exposure and not much faster as I underexposed the image sequence.

What’s the problem you might say? Well at such shutter speeds I was only beginning to freeze the motion of the waves in the darker exposures. I did realise this and upped the ISO….. I was initially using ISO 100….. and this overcame the problem. You have to keep thinking all the time rather than rattling off dozens of exposures on auto-pilot………….I am a zombie……..!